This walking tour features Victorian trade cards, which were printed by Hudson merchants to advertise their businesses.  Trade cards became a popular means of advertising after inexpensive color lithography was introduced in the fourth quarter of the nineteenth century.  Merchants often printed multiple designs, hoping that customers’ children would ask their parents to return to certain businesses to collect additional cards.  This was the beginning of the Victorian scrapbooking movement, as adults began to collect the cards and paste them into binders.  The earliest trade cards had a design on the front, and the address and business information on the back.  But when merchants realized that the cards were being pasted into books, many began to have all the information printed on the front of the cards in order to preserve their value as advertising.  (Hence, when only the obverse of a trade card is shown herein, the reverse is blank.) Representatives of printers would make the rounds of merchants with the latest card designs, ready to be imprinted with the business information.  So those who collect Victorian trade cards may occasionally see the same design being used by more than one merchant.

Trade cards were also the precursors of the modern business card.  The originals reproduced here range from business card size to about 3” x 5”; some have been enlarged for ease of reading.

This tour is organized numerically, by address on Warren Street.  However, please note that buildings on the east-west streets of Hudson’s older portion were renumbered in 1888 to create the “100 blocks.”  Thus, in cases where businesses shown on the trade cards predated 1888, the current addresses of the buildings that housed them are provided in RED; and the numerical organization of the tour follows those current addresses.

To proceed in a linear fashion, you may start the tour at the lowest or highest numbered address (from front to back, or back to front, of the following printouts), at either:

The charming graphics make it easier to visualize a bustling nineteenth-century Warren Street, with customers window shopping and purchasing along the way. 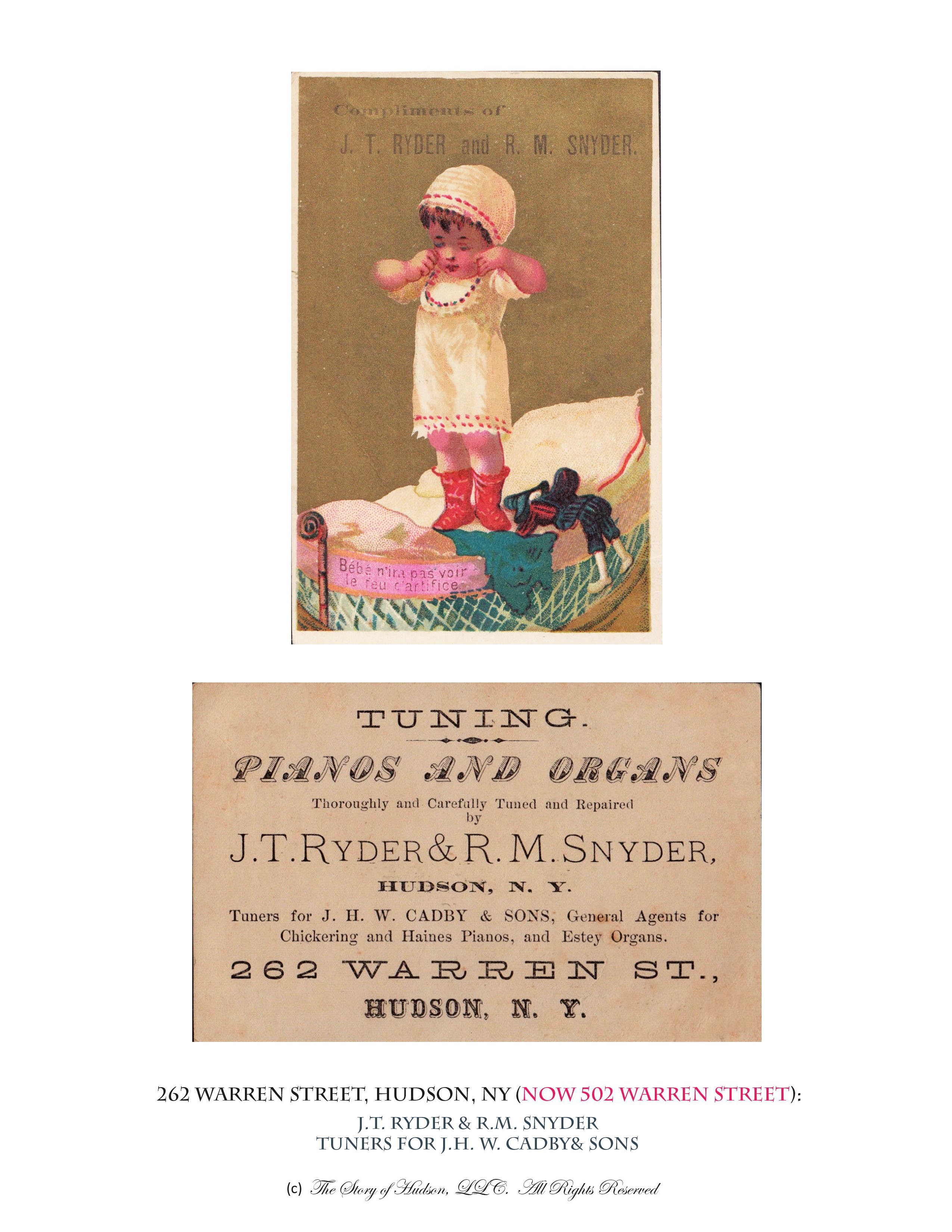 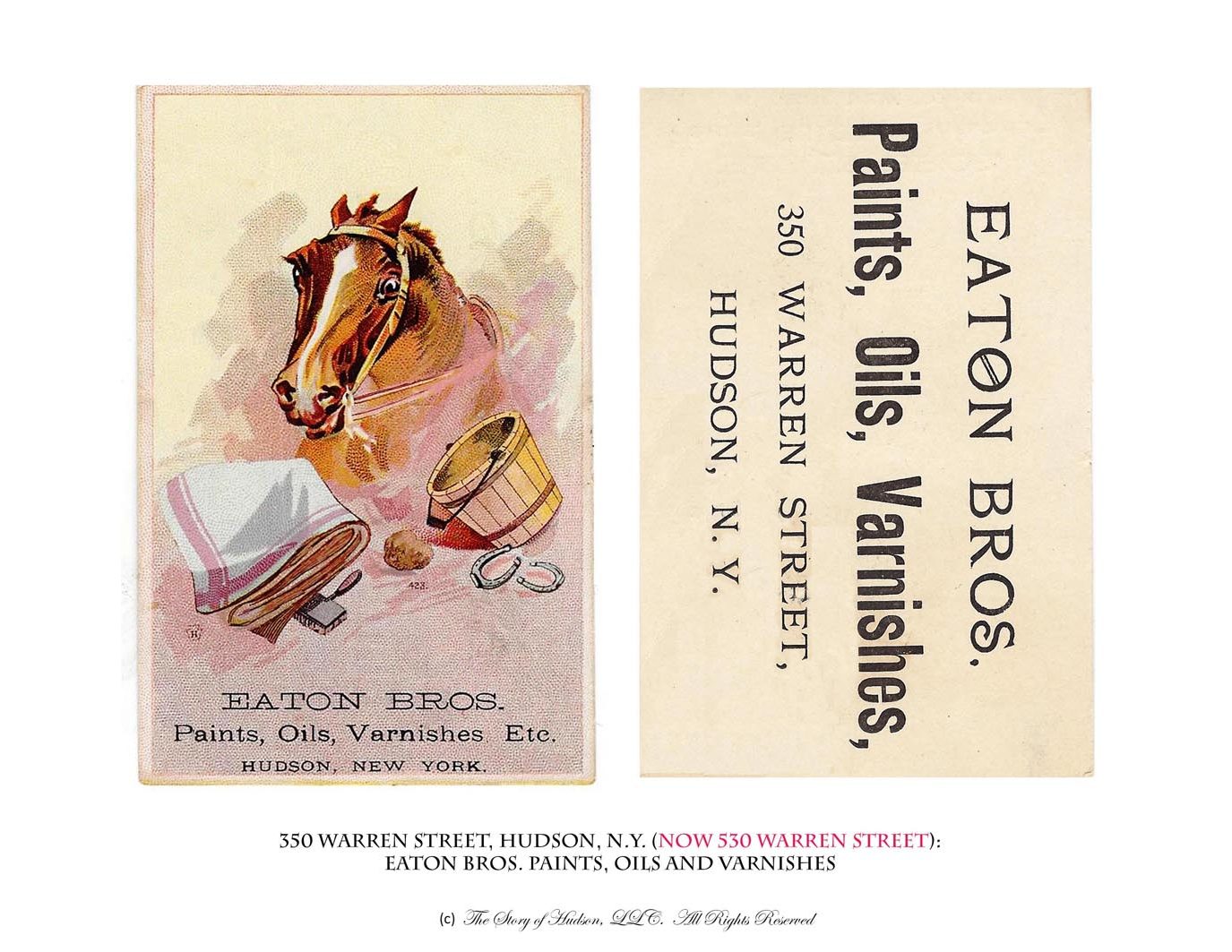 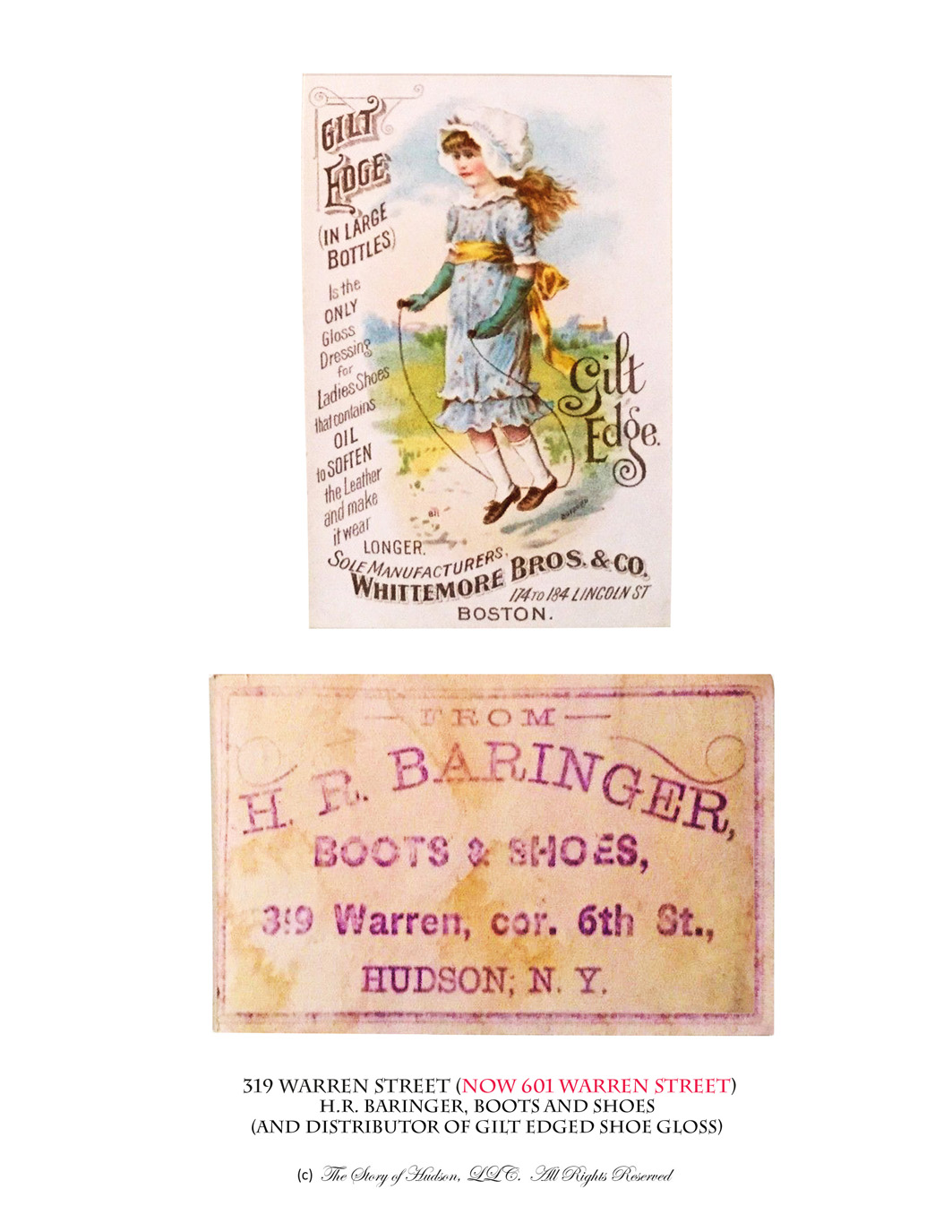 The following trade cards do not provide addresses for the businesses in question. 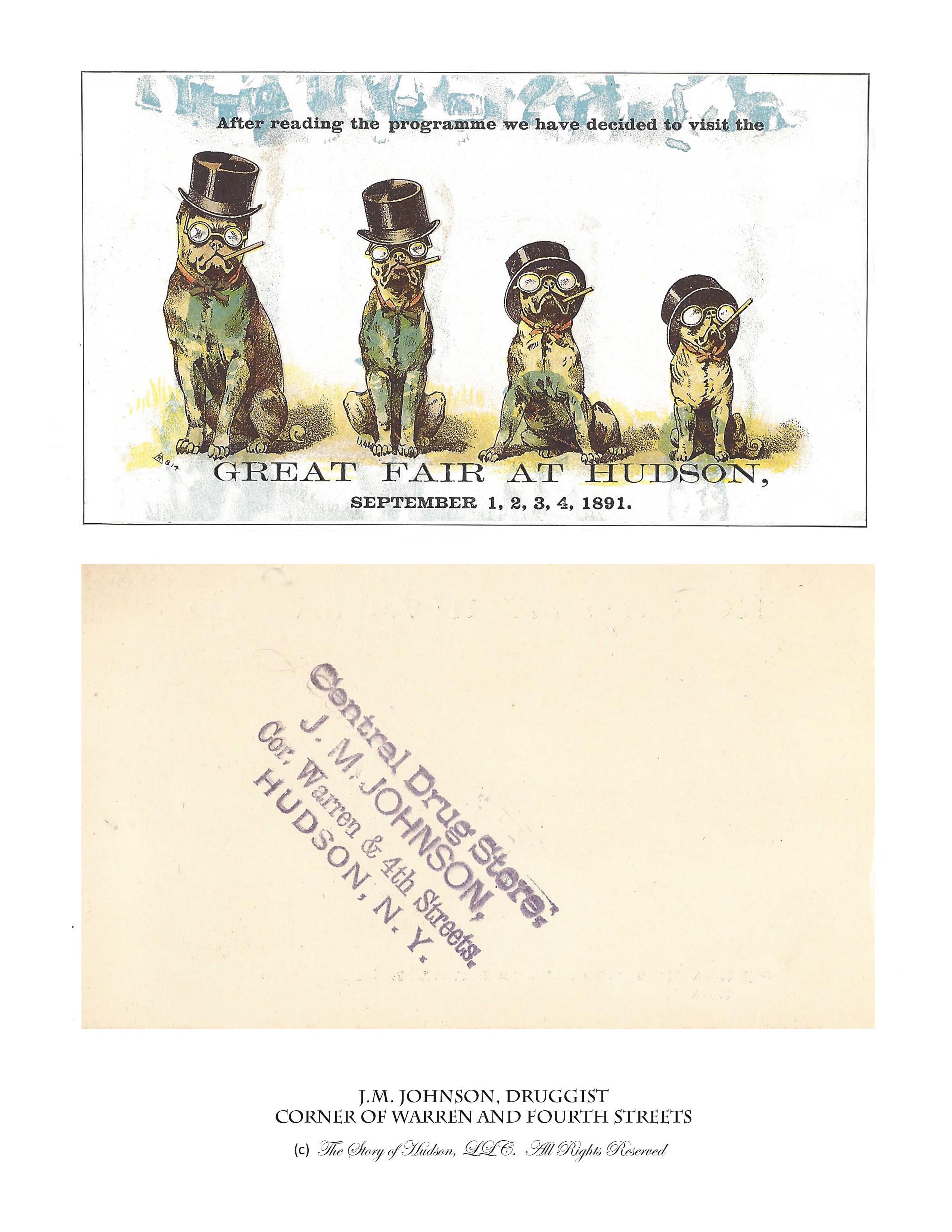